On April 25, 2022, I sat in Central California Women’s Facility, the largest women’s prison in the world, with 60 inmates and my daughter, Rachael. As mental health advocates, Rachael and I host mental health book clubs at various women’s prisons across the country. Ahead of Mental Health Awareness Month in May, we discussed Oprah Winfrey’s bestselling book What happened to you? Conversations about trauma, resilience and healing.

Now, we were preparing to film our book club discussion, and my heart was racing as we waited for our special guest, Oprah, to appear on Zoom. When she graciously accepted my invitation, what she didn’t know was that she had been a guiding force in my life, but not always welcome.

Inmates at Central California Women’s Facility read and discussed Oprah’s book What happened to you?

California Department of Corrections and Rehabilitation

In 2011, while I was browsing YouTube, a clip from Oprah’s Life Classes popped up and I pushed to read. His powerful words rang through my ears: “If you keep a secret or pretend to be something you’re not, you’ll never become who you were meant to be.”

My heart felt a heavy sting like something inside of me shouted that she might be right. I had the impression that she was calling out to me, as if she knew my secret. My fingers were shaking and I felt she had no right to utter such dangerous words. Panicked and angry, I turned off my computer.

For years, I continued with the facade of being the perfect CEO wife and mother of three, attending charity events, and living in my beautiful home. Behind closed doors my life held darker stories.

At the bottom of it all, I had fought a losing battle with bipolar disorder, obsessive-compulsive disorder, and panic anxiety disorder. I hid this truth rather than risk triggering the inevitable stigma and judgment I assumed I was sure to follow.

This hell caused me to violate one of my most sacred beliefs: that my life belonged to God. Unable to stop the falling dominoes, I attempted suicide by swallowing hundreds of antipsychotic pills in 2015. That’s when suicide went from a whisper to a scream, and my heart wished to be deaf. 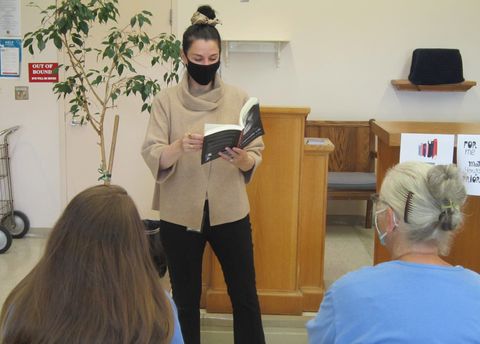 Luckily my husband found me in time and the ER doctors were able to save my life. When I woke up in the intensive care unit, it took me almost a week to walk and talk again. A few days after being released from the hospital, I was standing in my dining room, looking out the window at some of my neighbors laughing among themselves. I wish I could say that I got brave and spoke my truth all of a sudden, but that’s not how my secret got out. My neighbors now knew I had mental health issues because they saw ambulance lights blaring in my driveway as doctors carried my unconscious body out of my house on a stretcher? However, only one neighbor had stopped since my return to see if I was really well.

I took a deep breath and carefully walked outside. As I approached my neighbors, their conversation abruptly stopped. We remained in a heartrending silence. Their discomfort reminded me of what a psychiatrist said to my husband, who was the CEO of the hospital where I had just been discharged: “Next time, take her to a hospital where no one knows you.

After a few awkward words, I wrapped my bruised heart tightly in my coat and slowly walked home feeling very small. I knew the truth had to be told, but I didn’t know how. The sad reality was that at 44, I couldn’t use my own voice.

Four years later, I found myself watching the Golden Globe Awards. Oprah accepted the Cecil B. DeMille Award and said during her speech, “Speaking your truth is the most powerful tool we all have. And I’m especially proud and inspired by all the women who have felt strong enough and empowered enough to speak up and share their personal stories. Tears stung my eyes; my ears started ringing. Once again Oprah’s words reached my soul, and this time I was ready.

With the help of my daughter, Rachael, I wrote my 2019 memoir, An Impossible Life: The Inspirational True Story of One Woman’s Struggle. He won the Eric Hoffer Grand Prize in 2022. The mental health secrets I had buried like cursed treasure were now on display for the world to read – the eating binge that tipped the scales at 250 pounds , racking up $150,000 in credit card debt due to a manic episode, countless emergency room visits, mental hospital stays, my broken marriage and attempted suicide.

My disease has not changed at all for 30 years. All that changed was my ability to handle it, and the strength I received from speaking my truth.

My disease has not changed at all in 30 years when I was first diagnosed. All that changed was my ability to handle it, and the strength I received from speaking my truth. I am no longer a victim but a winner. I am no longer silent but have joined a growing choir in defense of mental health. I used to ask God, “Why me?” Now I ask, “Why, God, did you give me this challenge of mental illness? I am impressed that he trusts me and believes in me to take on this task and succeed.

In April 2022, Oprah spoke to inmates at the Central California Women’s Facility, where she discussed her book What happened to you?

As Oprah appeared on Zoom, I shook my daughter’s hand. Many brave inmates stood up and shared their heartbreaking and traumatic stories. Listening to them, I thought of all the times I sat and cried with them as they shared their childhood experiences and all the ways those experiences affected their mental health. I saw these women sitting outside on the cement surrounded by barbed wire and watchtowers with my daughter singing, “Light in the darkness, my God. It’s who you are. An inmate who played the guitar was featured on Forensic files and 48 hours. Many are murderers, and there is no excuse for their acts of violence, but I still love them, and their mental health is also important.

Oprah’s healing words that day gave them hope that they could have a meaningful future. The fact is, mental health issues don’t discriminate and can happen to anyone. It doesn’t matter race, religion, gender, age, sexual orientation or economic background. Every voice is important, even women in prison.